The nautical sector must prepare for a "hard Brexit 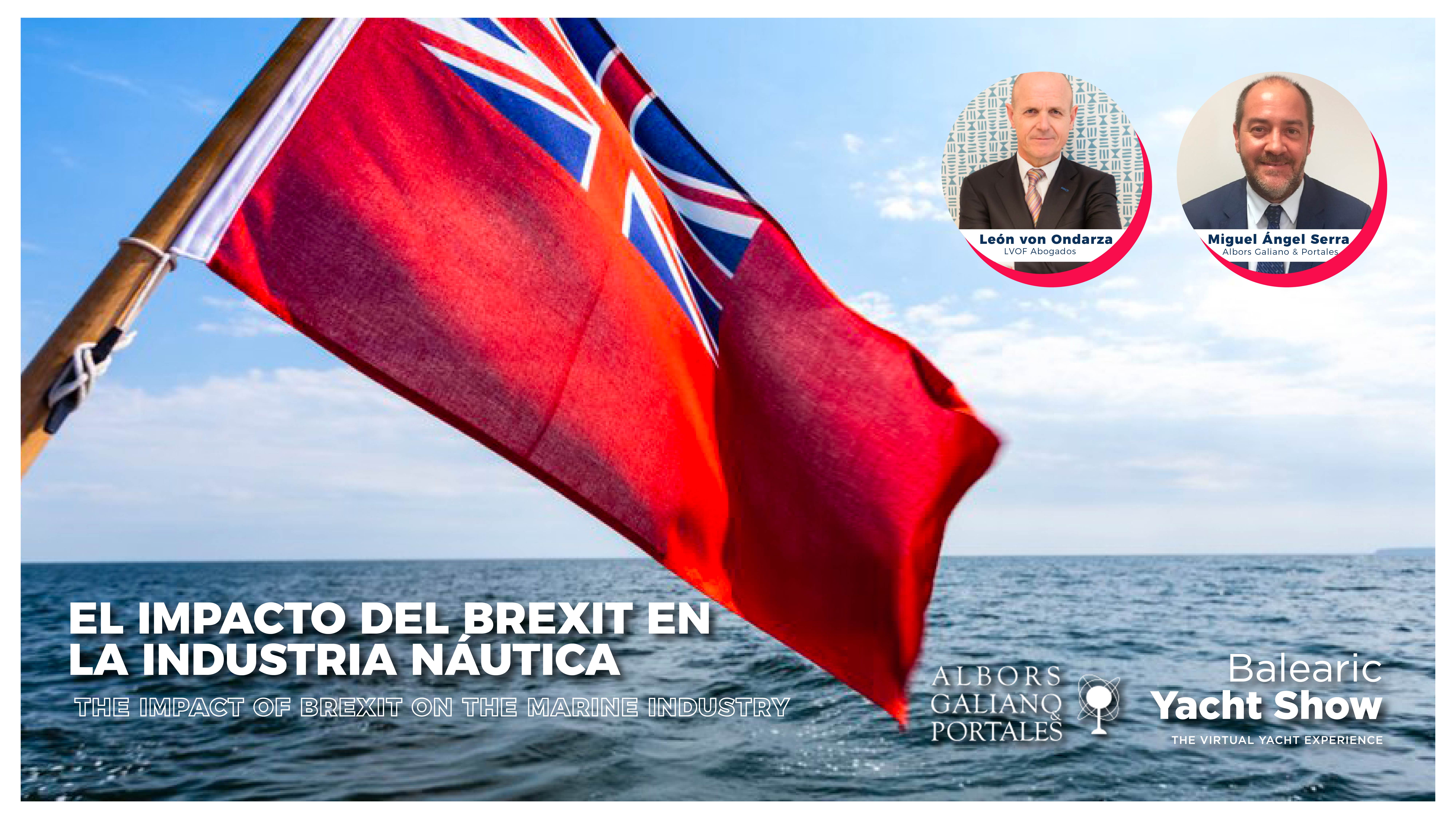 January 1, 2021 is the deadline for the United Kingdom's exit from the European Union and significant discrepancies and lack of time, will lead to a process without an agreement. Legal experts point out that its effects will be unpredictable.

If there is no agreement between the European Union and the United Kingdom (and it does not seem that there will be) because the discrepancies are important, the so-called "Brexit duro" (Hard Brexit) will arrive on January 1, 2021, in just 40 days, and the effects of such an exit in the marine industry will be unpredictable.

This is one of the conclusions of the paper under the title "The impact of Brexit in the marine industry" have offered this morning, the lawyers specializing in maritime law, tax and fiscal Leon von Ondarza and Miguel Angel Serra, within the last day of conferences of the Balearic Yacht Show.

The lawyers have noted that, in just over a month to the deadline, the situation is uncertain "we do not know what will happen, if there is a hard Brexit or a prolonged transitional period," said Leon von Ondarza. For its part, Miguel Angel Serra has considered a fundamental, orderly and legal certainty but noted that "unless a miracle happens, it is quite possible that there will be a hard exit, so we must be prepared.

When the United Kingdom ceases to be a member of the EU, vessels and pleasure boats with that flag will be considered, in principle, a third country. Leon von Ondarza has explained different assumptions that will affect the vessels flagged in the United Kingdom. "If they are in Spanish territory and, therefore, have the VAT paid, they will continue to be considered as Community goods, a status they may lose if they leave Community waters with a stay of more than three years".

In the case of British vessels entering Spanish waters, if they have the VAT paid because they were prior to the Brexit, they will be treated as a Community vessel, while if they are new, they will be flagged after the Brexit, and when they enter EU waters they will be under a temporary import regime and will only be able to remain in EU territory without paying VAT and duty for a maximum period of 18 months.

With regard to the purchase of second-hand boats from the United Kingdom, as with any goods, they must be imported with a customs declaration. If you have paid VAT, your purchase will be subject to Transfer Tax, while if not, it will be considered an import for free consumption and you will have to pay the corresponding VAT and customs duties.

León von Ondarza has shown that Brexit will also affect the construction of boats in the United Kingdom, since all the pleasure boats that are put on the market, The Community's standards must bear the CE mark. With the exit of the European Union, the CE certificates of notified bodies of the United Kingdom will not be valid except for mutual recognition.

The repair and maintenance industry is of great importance to the Balearics and companies based on the islands have many customers with vessels flying the UK flag. In this case, if the yachts are from before Brexit, they will maintain their status as Community goods and there will be no changes, while the vessels following after Brexit will be able to enter the Active Improvement Traffic regime and will be exempt from VAT, a circumstance that could make "some owners interested, in some circumstances, in renouncing to the Community status", said Miguel Ángel Serra.

One of the most important changes will be the one that will affect the rental of British flagged boats. As of January 1st, the boats of less than 14 meters will not be able to charter in Spain, while those of more than 14 meters will be able to do so, as long as it is declared that there are no others with those characteristics flagged in a country of the European Union.

For Miguel Angel Serra, this situation could remove many boats from the charter market because, in principle, "any boat built in series with a British flag could not charter in our country" although the lawyer has stressed that the fact that the owner is asked for a statement instead of accreditation means that "the rule has been softened, which is positive for the sector.

The British recreational nautical qualifications will also have relevant changes because with the arrival of Brexit they will only be valid in the British flag boats for private use or for charter while they will not serve to charter or skipper boats of another flag. This will not affect the professional qualifications covered by the STCW Convention, which will remain valid throughout the EU.