Didac Costa: "The challenge is to finish the Vendée Globe for the second time” 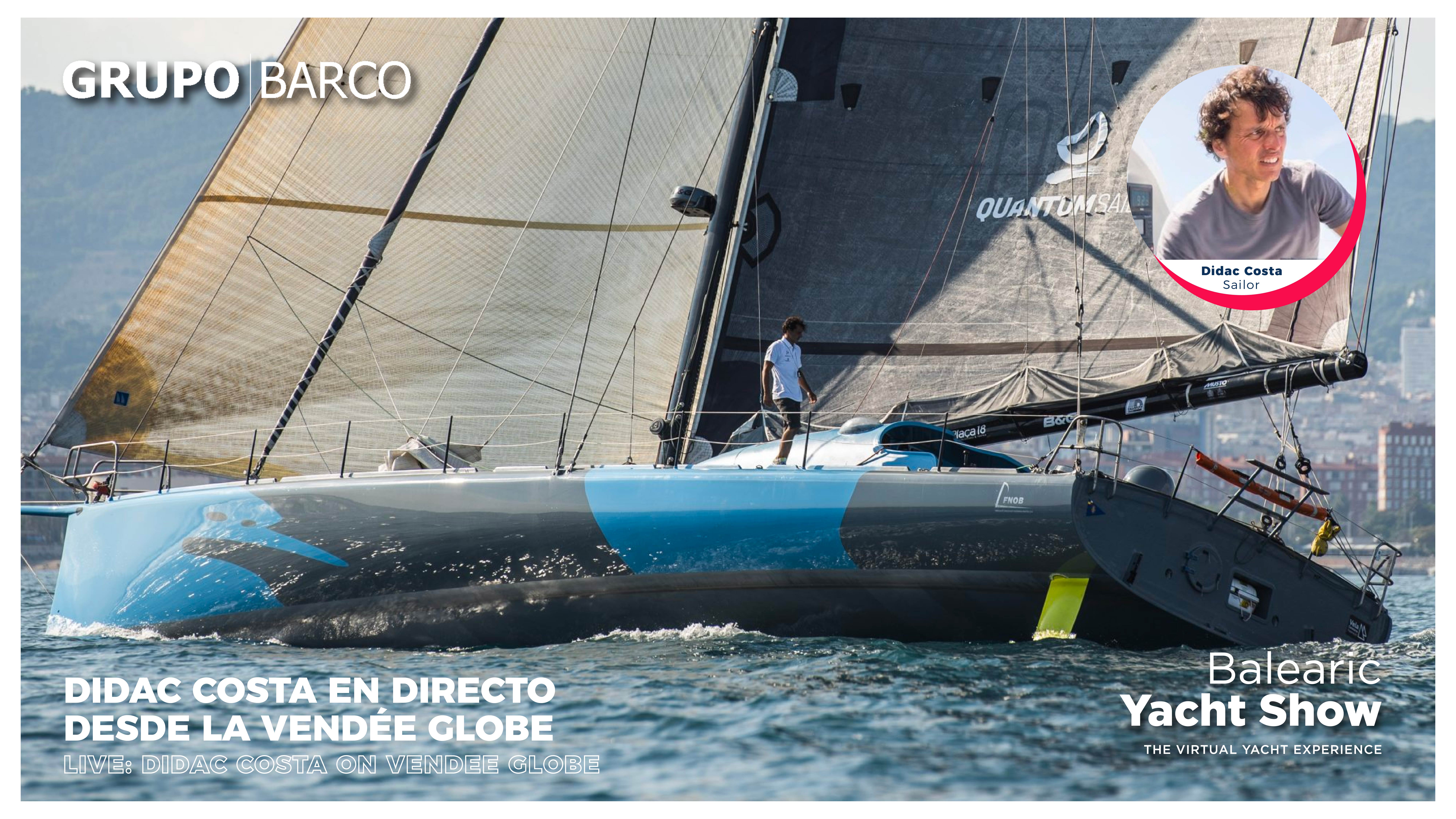 Didac Costa (Barcelona, 22nd December 1980) after finding the necessary financial support through Mallorcan nautical entrepreneurs, is making one of his dreams come true for the second time in his life: to participate in the Vendée Globe 2020, the transoceanic solo sailing race that started 8th November from Les Sables d'Olonne, in France, and that will go around the world without stopping and with only one crew member on each boat.

In 2016, the Catalan sailor, invested 108 days and 19 hours, and this time, if conditions permit, will try to lower his own mark, although the professional firefighter has not left with the intention of competing among the most advanced boats in the fleet, but "the challenge is to finish the Vendée Globe for the second time," because "for me, leaving has already been a success.

Costa, from the Atlantic Ocean, has managed this Wednesday to send a video and audio message recorded with a greeting dedicated to the Balearic Yacht Show, the virtual boat show of the Balearic Islands organized by the Chamber of Commerce of Mallorca and the Balearic Marine Cluster, and which runs from today until Friday.

"From the Atlantic and setting course for Ecuador, I send greetings to all who are part of this Balearic Yacht Show, so far, so good," he said, with the wind in his face, the Catalan sailor.

2020 is the year Covid-19, and Didac Costa knows it well. Before the start of the race, he passed all the checks, was confined and although he never tested positive, he was extremely careful to face a guaranteed solo round-the-world sailing event for the second time.

The One Planet One Ocean, the boat he used in the Vendée in 2016, is again, with many variations, his companion at sea for his second experience. In four years, the sailor had barely had contact with the 'One' helmsman but feels "strong". "I took him on the 2,000 miles of the qualification and another 1,500 miles on the transport," he says. "And here we are, which is the important thing.

For its part, the team director, Pep Costa, explained that the boat has been modified. "We removed the drifting keels, put in all new electronics and rigging, mounted a titanium axle, modified the keel and, most importantly, we were able to buy the boat thanks to the support of some Majorcan companies".

The team manager also says that the boat "has evolved a lot" and reveals that up to 800 kilos of weight have been removed from it.

"Now, at this time, when all the months of preparation are behind us, the only reality is Didac Costa, the world and the boat," said Pep Costa from Formentera in his telematic exhibition at the Balearic Yacht Show.

The Balearic Islander was "enormously" grateful for the help received from the sponsors and revealed that Didac had left Barcelona for France to start the race "without having completed the funding for the project". "However, we are moving forward," he said.